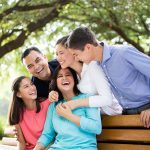 Naturally, people start to question the security and safety conditions in Mexico after hearing about the violent drug-related incidences reported on the international news. But is it fair to judge this country as such? Reading further will help enlighten you about the real scenario in Mexico and make you re-think about how safe Mexico really is.

Why living in Mexico is safe

Usually, when financial or safety concerns arise in Mexico, the first thing that foreigners do is leave for home. At present, there seems to be no mas exodus of foreign residents. In contrast, more and more foreigners are inquiring about relocating to Mexico. The government is working on terms and processes that will help accommodate more foreign relocations knowing just how beneficial these are for both cultural and economic aspects. The “danger” poised by these news headlines is not enough to drive these expats away and discourage those who are interested to move here.

Since 2010, Mexico’s economy has continued to rise, with an average economic growth rate of 5%. Such positive outcome is what makes several industrialized nations to envy the economic success enjoyed by Mexico. Such dramatic economic growth enabled Mexico to become of the “Trillion Dollar” economies in the planet. Look at how many foreign trades were made in the last years and you will understand why many of these countries are vying to have a part of the Mexican economic success. Relative economic stability is what makes living in Mexico safe for the majority of people.

Most People are Unaffected by Report incidents of violence

A thorough investigation of the drug-related incidences that make the headlines show that most killings and violence are the result of gang competitions. What these means is that, while statistics of deaths may be high, they are happening between cartels and other criminals. Obviously, the death of any human being is a lamentable event, but for the general public Mexico is probably safer than where you live right now. The good news is that very very few tourists, business visitor or expats are affected by these situations. Majority of visitors and residents enjoy Mexico unharmed.

The Borders of USA are Just as Bad

Being a neighboring country to the south of the U.S., Mexico is becoming a major role in world affairs during the 21st century. Drug lords want to take control over the trade routes overlapping between these two countries. Peddling illegal substances to U.S. narcotic markets is one of the leading reasons why possession of the overland is a competition among drug leaders. It is therefore necessary that Mexico and the U.S. come up with a working solution and a partnership that can address these issues.

Even with the current drug situation, Mexico stays strong, and getting even stronger. Its macroeconomics is well-kept; its reserves of substantial oil, gas, precious metals and minerals are what foreign investors are after. Foreign governments are courting their best to ensure a partnership spot with Mexico. Expats are continuously pouring into the country. Statistics are growing more and more positive showing just how safe this place is compared to many other large cities nearby.

Do you live in Mexico? Add you own reasons why living in Mexico is safe.