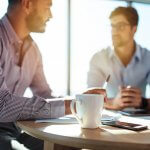 A common question people have when toying with the idea of moving to Mexico to live is how important learning Spanish is. Is it possible to live in Mexico without speaking Spanish? Read on to find out if you need to start Spanish lessons before you move to Mexico.

The answer totally depends on where you are going to live

There are some parts of Mexico where you will most certainly need to speak at least some Spanish to even survive. While Mexico is way ahead of most latin American countries for the number of people who can speak at least some English, there are still many parts of Mexico where lack of Spanish will make it almost impossible for you to live there comfortably.

On the other hand, the top tourist beach locations such as Puerto Vallarta on Banderas Bay, Cancun and Riviera Maya, Baja California, including Los Cabos, and Acapulco are great places to live in Mexico even if you don’t speak Spanish, as are other expat hotspots such as San Miguel de Allende and Lake Chapala. These locations are not only populated by large numbers of native English speakers who have chosen to make these cities their homes, but the local Mexican population tend to have high-level English skills; even people who consider that they don’t speak English will know at least some English (they will most probably know more English than you know Spanish).

On a side note, the border towns are also full of bilingual Mexicans where you would easily survive with just English.

Do you want to survive or thrive?

Another consideration to think about when deciding how important it is to learn Spanish to live in Mexico is whether you want to thrive in the country. There is no doubt that many places as mentioned above are expat-friendly, where you could easily get by speaking only English, but you will miss out on many opportunities if you don’t speak Spanish. This is particularly true if you intend to move to Mexico and work, or to start a small business to complement your retirement income.

Do you want to live the expat lifestyle or have an authentic Mexican experience?

If you are happy that your life in Mexico will be like creating a little America, then you don’t need to learn Spanish. However, learning even just a little Spanish will enhance your experience no end. You can interact with the local people and learn about the rich culture. If you are intent on becoming fluent in Spanish, you will be privy to some amazing cultural experiences, being invited into people’s homes where you can interact fully. Mexicans are so warm and inviting, and they become even more charming when you can converse with them in Spanish.

What is your native language?

You will struggle to live in Mexico if your native language is not English or you do not have good fluency in either English or Spanish. You will find that some well-educated Mexicans speak other languages —particularly French and German— but in general you will struggle, even in the most touristic areas to fully enjoy your experience living in Mexico if you cannot converse in Spanish or English.

Are you planning on working in Mexico?

If your plans include working in Mexico, you are highly recommended to learn Spanish. It will open up so many doors to you and will make you a highly desirable candidate. High tier profesional careers will most certainly expect you to have a high level of spoken and written Spanish language skills.