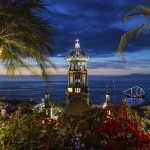 Retirement is one of the most important phases of our life, and as such it makes sense that we worry so much about making the right choice as to where and how we’re going to spend it! This is why, year after year, groups like Live and Invest Overseas publish things like the Annual Retirement Abroad Index which lists the top places in the world to retire to. According to this index the option to retire in Puerto Vallarta is in the top five; in fact it’s second only to the Algarve region of Portugal.

How is the Retirement Abroad Index Calculated? You might wonder just how accurate this report could be, but it was actually very comprehensive. The retirement index takes into account a number of factors which would have an effect upon a retiree’s quality of life including the climate, infrastructure, safety, taxes and hospitals. In general the report notes that for a destination to be in the top seven a couple should be able to live there for under $2,000 per month.

What makes it a good idea to retire in Puerto Vallarta? Aside from Puerto Vallarta’s outstanding natural beauty and its status as a tourist hotspot there is the fact that it is rated one of the safest cities in Mexico. It has a Grade A Classification and a bilingual police force so retirees never need to worry about feeling alone.

Plus it’s close to an international airport, has great healthcare facilities and offers a high standard of living for a much lower cost that would be found comparably elsewhere. The Live and Invest Overseas report notes that a retired couple could live very comfortably in Puerto Vallarta for between $1,700 and $2,000 per month on average.

Retire in Puerto Vallarta and you will also be able to live in some of the most stunning real estate at affordable prices.